Test Results, can they be Misleading? 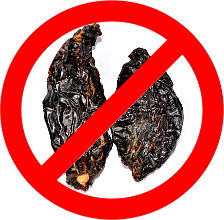 No-one would question that pesticide regulations are essential to protect consumers from the effects of dangerous chemicals. Not only are they often toxic, they are sometimes able to build up in the human body over a long period of time until they reach high enough concentrations to have an effect. Consequently allowed levels for pesticide residues tend to be set very low, better safe than sorry. However there are a number of cases where popular food products can fail a test for a pesticide without ever having been treated with it.

Although no longer used in the EU, Anthraquinone can potentially be used as a pesticide, specifically it can be used as a coating on seeds to discourage birds from eating them. The EU has set maximum levels for anthraquinone at 0.01mg/Kg for chillies and 0.02mg/kg for spices. These low figures are the default level for pesticide residue, that's to say it was set on the safe side without effort being made to determine a specific level. Unfortunately anthraquinone is also present in whole range of products that have been smoked or dried over open fires, particularly those that are dried in smoke, one of the more significant being Chipotle Chillies. Traditionally Chipotles are made by taking fresh red jalapeño and smoking them with pecan wood for two weeks, resulting in a dried chilli with a deep brown colour and a richly distinctive flavour. Those traditional Chipotles are no longer legal for sale in the EU, and manufacturers have had to resort to an alternate process. By taking dried chillies, and smoking them with oak for three days only they can produce the closest possible alternative to the 'real thing' that satisfies regulations. According to the US Environmental Protection Agency anthraquinone is non-toxic, however current research has yet to rule it out as a cause of cancer.

Nicotine was widely used as a pesticide before the 1980's, although it's known toxicity to mammals has since lead to it being replaced by less harmful alternatives. Again the EU has set temporary MRL’s which are difficult to comply with. As the pesticide is no longer used the detection of nicotine at greater than legal levels was unexpected, however a number of products are affected including tea, spices and fresh herbs. Most significantly Chinese Garlic is often 'over the limit', with China supplying 80% of the world’s garlic. The source of the contamination is possibly as simple as tobacco use by harvesters, but could also be due to the planting of tobacco crops nearby.

As yet, the reason for Nutmeg and Mace being commonly found to exceed the 0.01mg/Kg limits for the fungicide biphenyl is undetermined. However as it has been detected even in organic crops, where biphenyl use is forbidden, it's possible that it is simply naturally occurring in the plant.

EU Regulations for Pesticides and Contaminants

Currently the above cases are covered by EU Regulations on pesticides, regardless of whether any pesticides were used. The European Food Safety Authority has recommended that these cases be treated as contaminants, with maximum safe levels set more appropriately. Of course those levels still need to be set with a view for safety, but it does seem that the legislature will be updated to allow trade to continue in the not too distant future.

Recently we have seen the need to test for allergens in a range of products, notably Paprika due to known incidences of almond contamination. With the danger to those individuals who are allergic to nuts being a critical issue we now see the widespread use of allergen tests throughout the industry. Unfortunately the most accurate tests are expensive and time consuming, while those that are rapid and cost effective are prone to giving a positive result due to cross reactivity, even when no allergens are present. The quicker tests are notoriously difficult to set-up, especially when used on complex blends of spices. It's not uncommon for a product to be placed on hold waiting to be cleared for contamination following a false detection.

Help is at Hand

Here at Camstar we keep track of all latest developments. Our products are always checked for conformance to all relevant EU and FDA regulations and where there are difficulties in obtaining any product we're there to help. We're able to source from a wide range of suppliers and to suggest suitable alternative products when available. Whether you're after the next best thing to traditional Chipotles, or guaranteed allergen free spice blends Camstar is the place to call.